Nowadays tablets are the mediator or you can say the link between mobile devices and laptops. So having both features of mobile and laptop on a laptop are the main things. On tablets, we watch movies, some official works, and also doing lots of Twitter war other social media posts. 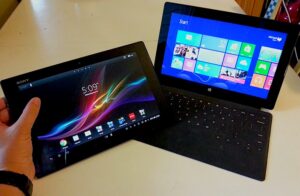 You cant count the work done by tablets. But the biggest question is what type of tablet you need to get Android or windows. Every common person knows that android is good but this doesn’t mean that windows are the worst. A few years back NOKIA lost its market due to sticking with the Windows OS in their mobile phones.

Today, a tablet is a small version of a laptop, it means you can attach a keyboard and other devices to it according to your need. Mostly this is used by office workers or college students, so in this case, Windows OS is very important for multitasking and many applications run only on the Windows platform. You can also get a detachable keyboard on an android device.

On the other hand, if you are taking it just for fun then android maybe better than windows. Let’s discuss both of them in deep and understand the need for windows or android tablets.

There are many factors on which it depends on budget, orientation, and style. It totally depends upon you that what you want. There was a time when you don’t have lots of options or brands of tablets but now there are many of them available in the market. Microsoft also making tablets to fulfill the demand of users. In Microsoft, you feel the perfect example of using your tablet as a laptop.

Let us see some advantages of Android Tablets:-

Android tablet is cheap, easy to maintain, and has economical features. These tablets are tested in every condition and most of the users like it because of its price and easily available components and material on the internet.

Google provides the best support to the users and millions of apps are available free on the store. You just need to download, no need for any license, or any other legal actions.

The android platform provides easy access or connects to any other device no matter it is android or not. Many real-time apps and simulators are available on Android as compared to windows.

Some advantages of Windows Tablets:-

Windows has a huge market in the field of formal work and official purposes. For a very long time, Windows cover all over the market especially for college students or office employee.

In windows, you can get whatever screen size you want. This is the most desired device all over the earth. These devices come from 7″ to 15.6″. Executives, IT geeks, corporate continue to stick on windows. Mostly you will see windows in the device more than a 10.5″ screen. 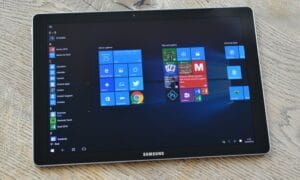 If you need your device active for more than 5-6 hr. Windows are tested so well in these scenarios, you can attack even keyboard, mouse, speakers, or external device. It looks pretty when it comes to placing on a desk. So it simply means you can use your tablet as a portable desktop. Although several Android devices have USB ports and HDMI ports, they aren’t generally considered to be comfortable.

A boundless universe of Apps-

There are tons of apps that are used in windows only and complete the requirement of the users the same as play store in the Android platform.

Windows tabs can run exclusive programming on its devices, if you are a developer then this may be a serious issue for you not to choose windows.

This version is the best version ever arrived, using simulators you can also turn your windows into an android and use some significant application in it.

The best thing about windows is you can use multiple windows and you can’t even feel any messy, you can change the whole surface like only used apps will be visible.

Working with the team-

If you are working for a business purpose o with a team then this can be the best platform for you to interact with a team. You can also use these features in Android but there’s something different in windows.

Many external devices are present there for smooth performance. Even now a day Android also tried the same but not successful like Windows. Almost all windows tablets have a couple of USB ports to support hard drives and peripherals. You can use any brand according to yourself and this is the main problem with iOS.

Why not a Windows tablet?

As we know that there is also a bad side for any things. Their si may thing on which you can say that Windows is not good or this is not for you. There are many pros of windows but before going for that read these cons of windows. We don’t mean that these cons are the worst thing, maybe these cons are not relatable to you. 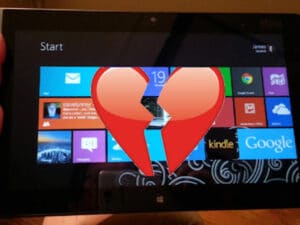 You can choose any windows tablet from our review of Best Windows Tablets.

The effectively reasonable ones are not at standard with the other exorbitant variants of Windows tablets. So the sum that you are prepared to dish out chooses the quality and highlights of the Windows tablet you need to possess. Windows tablet is more costly for similar sorts of highlights and in a general bundle.

Much the same as your PC or workstation, a Windows tablet would expect you to obtain antivirus assurance to make sure about the entirety of your information and work. A Windows tablet is a small form of a PC and gives all highlights of an undeniable PC.

The extent of Applications-

There may be some popular games being given yet you won’t have the option to utilize any Windows portable application on a tablet as it isn’t viable. The Windows Store has a ton to create contrast with the Android App store similarly as assortment and ease of use goes.

The Windows interface appears to endure some slack when it changes to tablet mode. An Android tablet is significantly more smooth. Each new form of Windows is enhancing this perspective, however, it actually continues missing out on its strong opponent.

Windows 10 tabs offer more accessories but you may expend more money on that for best results.

Windows tablet has a wider range of tablet in the market, as many of the other application works only in it. First, you should find out your need for a requirement then choose the best device for your need. If you want to take the device for watching movies or playing games then go for Android tablets and if you need a tablet for college then you should definitely go for the Windows-based tablets.

Windows take credit to provide a decent and classy device for your use while on the other hand, Android is an all-rounder and its look and heavy configuration is good for gamers or player who use it for entertainment purpose.