We have the Microsoft product itself, this effective gadget comes with all the premium services provided by Microsoft so that you can do all your projects, tasks on time efficiently. Microsoft Surface Pro 4 has a 12.3-inch widescreen which is a full HD multi-touch display for an extraordinary display experience, with this amazing display you can watch all your favorite sitcoms and movies because, with an impressive display, it also has impressive storage up to 256 GB SSD. Not only that, but the storage can also be expanded since it comes with a MicroSD slot. 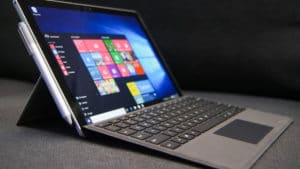 This tablet has another unique application unlike other tabs, in the Microsoft Surface 4, you can connect a mouse and also a projector! Isn’t it perfect for your projects and meetings? Yes, this is hands down the best tab from Microsoft that is quite above budget.

Here we have the new opponent in the field of the tablet which may bring the new evolution. Windows lovers can easily get this for any reason. This is just a basic range device, if you want some more configuration then buy Surface Pro 5 or 6 which is just slightly above the $500.

From the outside, it’s the same as its previous version of the Pro series solid and stylish. Slightly round from the corner and provide more handgrip to the corner of the device. It operates on windows 10 professional with 8GB RAM and runs on life up to 7 hours. This tablet is especially known for its handy body so that travel with it easily. 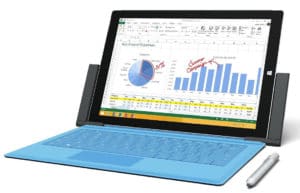 Due to its stylish design, everyone looks so professional in this and also very comfortable for college and office users. It’s more than just a stylish design, however. The Surface Pro 4 was released with a new Surface Pen that senses more levels of pressure sensitivity than previous models, alongside added hardware buttons that make it no more comfortable for drawing purposes. But the only bad is its Surface Pen is not included with the set you have to buy it separately which costs you a few dollars more.

Design is much better than another device of the same range. Weight is too normal at 1.9 lbs, just like the other surface it has a more large screen of 12.3″ to operate and is quite heavy but the processor can make it feel light. excellent stand and all, the overall design is good and Microsoft puts a lot of effort into it. The other version is also good at this point of view. Some have the same size of screen while many have more 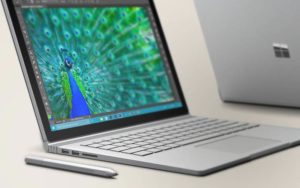 No doubt this is made for the professional except for its size. The things are very durable can bend nearly 180-degree which gives a comfortable angle for any purpose. The USB-C port helps a lot for fast charging and data transfer, miscoSD port which can help to upgrade the storage according to the need of users. any other expensive tablets don’t have it and keep struggling to make work on it. Other features are the same as the previous one.

The display is a 12.3″ FHD display for every purpose, the intensity is better to see many things on the screen. Games also give a better experience of screen shine and crystal clear, and now this time performance too. 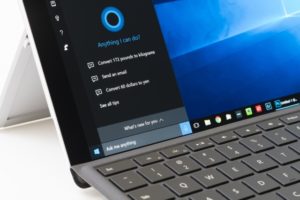 For audio, you have to miss the base and a few other small things like trance, etc. The screen ratio of 3:2 gives irritate some time while playing the video as the video shows on 16:9 accept ratio.

The Surfaces Pro 4 beat out many branded devices. As for the 13-inch MacBook Air, its multi-core Geekbench 3  score is way short of what the Surface Pro 4 reached.

Microsoft promises up to 7 hr of continuous use from the Surface Go. But it is wrong in our testing the battery runs 4-5 hr, so well in every mode either in S-mode or simply in windows. So never go for the company promise it mostly very with a real-life scenario 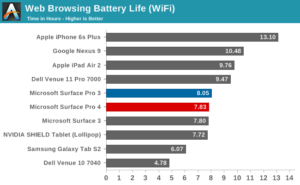 Sometimes in our test after the rough usage battery lasts long for 7 hr only but is acceptable, due to the USB-C port the speed of charging is better than others.

Many other features are embedded in it like a detachable keyboard which can turn it into a laptop and a smart surface pen with the new pressure sensitivity of 1024 which can be used as a copy or drawing tablet very well. Its processor makes it compatible with almost every app and better for day to day execution, at least the device can execute every app designed for Windows 10 natively without major issues.

After all other discussions, we suggest a few pros and cons of Microsoft Surface Pro 4:-

This time we think that Microsoft did well add some bigger screen with a new and fast processor, since the processor problem may arrive but enough in this range. Included both the pen and keyboard but you have to buy a cover separately for that. There are some other devices in the range of under $500 you can go through it before buying it or any other versions of Microsoft Surface go series.