Are you even looking to buy digital pens if you haven’t already come across Apple and Samsung S Pen series and wondered which is more efficient?

Getting a stylus with your tablets surely boosts your productivity as they make most of your jobs easier for people like me who are experimentative and creative. I am here to guide the ones who are wondering which one you should get for the best experience. Undoubtedly, the S-pen from Samsung and Apple pencil offers features and performance like no other stylus pen on the market.

I write this article to provide you with an in-depth analysis of the best apple pencil and S Pen available. Then you can decide between my two absolute finalists.

Although both Samsung’s S-pen and Apple pencil work on two different operating systems, their performance makes them the best in their class of digital pens. But which one performs better in head-to-head comparison? This is what I’ll talk about in this article.

Before deciding which stylus to buy, let me tell you why it’s very important to invest in a good stylus based on my experiences. 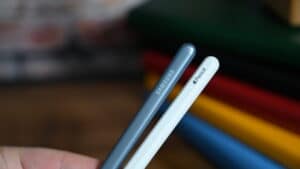 What are the benefits of using a stylus pen?

As screens have grown larger and technologies have become more advanced, your fingertips have harnessed the power to click, zoom, create, and navigate to your heart’s content. However, the limitations of the fingertip show when contact accuracy is of the essence.

Tapping away on any number of your favorite touch screen devices with your fingertips is convenient, but it’s not always the most sensible option for your needs. We’ve outlined a few of the many benefits of using a stylus pen.

Now that you’re sure about why I am stressing about investing in a good stylus. Now I will give you all the information you need to decide which stylus suits your purpose.

Let’s start by having a look at the previous versions of the Apple Pencils to decide the same. 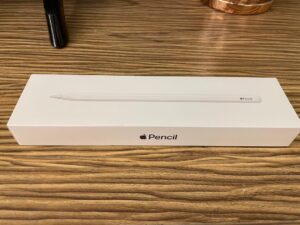 The Apple Pencil 2 is similar to its predecessor, but its unique re-design and innovation make it the topic of my reviews and discussion here. These two Apple Pencils are extremely similar in design while being different enough that you can easily tell them apart.

Here I compare the 1st and 2nd generations of the Apple pencil based on: 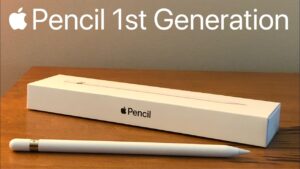 When it comes to my choice, the answer to which stylus is better is simple: it’s the Apple Pencil 2. Its matte finish gives grip even to sweaty hands.

Additional features including the extra ‘button’ are useful, and the magnetic attachment with wireless charging is a massive upgrade from the plugged charging of the 1st-gen version.

Since drawing performance is the same in both, I suggest going for Apple Pencil 2 only if it is easily affordable.

S Pen series has passed the test of time and innovation, with constant upgrades since its first launch. Here I discuss them by classifying them into two categories: 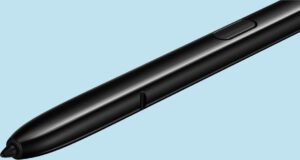 Do you want to up your stylus game, take notes, and draw on your compatible tablet, foldable, or smartphone? S Pen Pro offers all of the functionality, features, and benefits that people like me may be able to take advantage of.

It also has a long battery life, and it took me only 50 minutes to charge it fully via the USB-C port. So it’s a clear win that the latest S Pen Pro should be your choice and that qualifies for the final round of comparison with our mighty opponent, the Apple Pencil 2nd Generation. 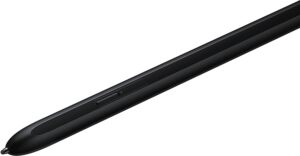 Let’s have a clear, factful look at what gives either of these styli, an edge over the other.

Colors: The S Pen has a variety of colors matching the cover of the device – Aura Black, Aura Glow, Aura Blue, Aura White, Yellow, Ocean Blue, Lavender, and Black whereas the Apple Pencil is available only in the classic white.

Design: My observation states that the Apple pencil resembles a pencil more whereas the S pen looks more like a ballpoint pen. However, both are alike in terms of weight, cylindrical bodies with flat faces that help attach them to the tablets.

In-hand feel of Apple Pencil and Samsung S Pen: Both the stylus live up to their names; S Pen gives the glossy finish of a pen and the Pencil looks and feels like a pencil with a matte finish. However, keeping both the stylus in my hand, the Apple pencil has a more solid in-hand feel.

Pressure Sensitivity: Depending on how much pressure is placed on the ‌screen while writing or drawing, a line can be thicker or thinner. I found the Apple Pencil and S Pen to have equally good pressure sensitivity.

Tilt Sensitivity: Styluses with tilt sensitivity allow the artists to shade just like a real pencil when the stylus is tilted at an angle. Both these styluses have tilt sensitivity enabled and worked equally well for me.

The main purpose of shortcut buttons here is to quickly switch from different brushes/effects to erasers and various other tools that are required to be handy. S Pen has one button on the side whereas the Apple Pencil has a touch-based shortcut button.

Tip of S Pen vs Apple Pencil: The S-Pen has a soft, rubbery, 0.7 mm, pointed nib, providing sufficient friction, on the other side the Pencil has a hard, more rounded nib that allows smooth strokes. S Pen has a pointed tip while the Apple Pencil has a blunt tip.

The pointed tip of the S pen makes the strokes provided by it look more accurate on my tablet.

Charging: Phones – Charge by inserting it into the dedicated slot on the Samsung set;

Tablet – Does not require charging.

About the pencil: 1st Gen – Charging connector at the bottom;

2nd Gen – Attaches magnetically to the side of iPad for charging.

An important aspect to be looked at before making your decision. Whenever a stylus is used, what we see on the screen is a result of the various calculations that take place within the mechanisms of the stylus. Parallax is when the strokes appear a few millimeters away from where the stylus tip is touching the surface.

The shorter the delay between your input and the styluses output, the more realistic the drawing experience. Who wants their lines trailing behind their pen movements after all? However, you’re lucky here as both S Pen and Apple Pencil come with a fast response rate of 9ms.

One thing to be noted here is that if you’re going for the previous versions of the S Pen, unlike me, you might have to compromise a bit on this feature.

Palm rejection is a very basic yet the most essential feature. When a display supports pen input and touch, palm rejection allows you to rest your palm comfortably on the iPad/tablet screen while using the stylus. Without this feature, your palm would leave stray marks on the digital paper in an app.

Thanks to both, Samsung and Apple, the palm rejection system is excellent and it did not possess any issues for me.

*Not compatible with all iPhones

In case you’re still wondering, have a look at these precise features of the Samsung S-Pen, which I found the cons while using the following. Here’s the list :

In case you’re still wondering, have a look at these precise features of the Apple Pencil, which I found the cons while using the following. Here’s the list :

Is S Pen or Apple Pencil Compatible with Other OS?

For people who own both Android and iOS, it’s more feasible to have one pen that can work for both, isn’t it?

Samsung’s s pen allows you to use your stylus on both Android and iOS platforms. Other than lacking some features an Apple Pencil could provide, the Samsung S Pen worked perfectly fine on my iPad.

However, the Apple Pencil doesn’t work on any android devices.

Having been a user of both, the Apple Pencil and S Pen for four months now, I state the following conclusion. If you’re looking to draw on your smartphone with the help of a stylus, you may be more comfortable choosing an Apple Pencil like me. This is due to its overall speed rates related to input lag.

On the other hand, the S-Pen better performs the task of taking notes. It is more comfortable in terms of weight and grip for most people. However, Samsung makes a mark here by constantly upgrading and bettering its S Pens to fit the needs of its consumers. On the other hand, Apple has launched just two generations of its pencils.

Apple has yet to make such bold revolutionary upgrades in its pencil thereafter. Also, Samsung S Pens come with their respective tablets, and with the latest OS Compatibility too, I bet that it is all set to threaten Apple’s market. Samsung S Pen proves to be worth every penny spent whereas Apple standing up to its legacy, gives the effortlessly luxurious feel, from the touch to every stroke it is used for.

I highly commend how Samsung S Pen has proved to be such an amazing alternative to Apple Pencil.